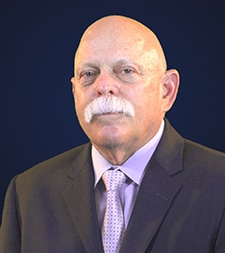 ROBERT A. SCHWARTZ is recognized by trial lawyers and defense lawyers across the United States for his knowledge, experience and effectiveness as a trial lawyer.  The seamlessly blended high level of compassion and advocacy that he brings to his representation of innocent victims of corporate giants such as the pharmaceutical and medical device companies is what has made this representation.  For that, he enjoys a Martindale-Hubbell AV® Preeminent 5.0 rating, indicative of his high ethical standards and professional ability, generated from evaluations by other members of the bar and the judiciary in the United States and Canada.

Born and raised in Galveston, Texas, Bob Schwartz one of 4 sons of the late Senator A.R. "Babe" Schwartz and Marilyn Schwartz. Bob attend the University of California at San Diego where he graduated in 1976 with a bachelor’s degree in Sociology.  A few years of waiting tables helped Bob decide to go to law school, where in 1981 he graduated from South Texas College of Law in Houston, Texas.

Bob started his legal career with his father's law firm, A.R. “Babe” Schwartz P.C., in Houston, Texas, handling general civil litigation matters and representing clients' interests as a lobbyist before the Texas Legislature. After four years, Bob wanted to focus on the trial of civil cases, so he established his own law firm in Houston, Texas.  For the next 11 years, he maintained a successful, general civil trial practice that consisted of handling all types of personal injury cases, ranging from premises liability, motor vehicle collisions and product liability, as well as business litigation cases, cases involving violations of the Texas Deceptive Trade Practices Act and of the Texas Insurance Code.  From mid 1990 through November, 1996, Bob was also "Of Counsel" to the long tenured Houston oil and gas law firm, Wilson & Johnson. Bob handled the business litigation and oil and gas litigation matters for Wilson & Johnson's oil and gas industry clients.

In November 1996, Bob joined the Williams Bailey Law Firm (now known as Williams Kherkher Hart & Boundas).  His first docket management assignment there was the representation of approximately 680 people who lived in a neighborhood and went to a public school that were erected next to and on a toxic waste  superfund site in Friendswood, Texas.  After the successful conclusion of that litigation, Bob worked on the Texas Tobacco Litigation as a member of Williams Bailey's Texas Tobacco Litigation team, participating in the discovery phase of that complex, federal court litigation, and later managing the law office established in Texarkana, Texas, by the five Texas Tobacco Litigation law firms for the trial of that case. The Texas Tobacco Litigation concluded with an historic settlement where the tobacco industry agreed to pay the state of Texas to reimburse the State for the monies it expended to treat smoking related illness.  Bob then started the pharmaceutical docket at Williams Bailey with the diet drug, Fen-Phen.  The firm represented 3,000 clients in the first round of litigation, which was successfully concluded under Bob’s management and leadership.  Then there was a second round of Fen-Phen litigation with over 6,000 clients that was ultimately concluded after Bob’s departure from the firm.  While there, however, Bob expanded the pharmaceutical docket to represent seriously injured victims of other dangerous prescription drugs, over-the-counter remedies and dietary supplements.

After nearly seven and a half years with the Williams Bailey Law Firm, Bob had the opportunity to start a mass tort section of the Dallas Fort Worth based Bailey & Galyen law firm. Bob created, managed and litigated several mass tort pharmaceutical and medical device dockets at Bailey & Galyen until his departure in October, 2013.

Bob joined Brent Coon & Associates in January 2014.  He handled personal injury, business litigation and mass tort product liability, pharmaceutical and medical device cases.  Again, in September 2016, Bob was asked by Denman Heard to help him start his law firm (The Heard Law Firm) and manage the mass tort docket, which he did for a little over two years, then returning to Brent Coon & Associates in November 2018.

Bob has an extensive, successful history of managing and litigating personal injury, business litigation and mass tort pharmaceutical and medical device cases in both state and federal court.  He has investigated potential claims against the pharmaceutical and medical device companies for thousands of innocent victims, and has innocent victims from across the United States, Puerto Rico and Canada.

Bob engages every case in an aggressive, ethical, a proactive manner, and his strong work ethic achieves his goal of providing the best representation possible for his clients.