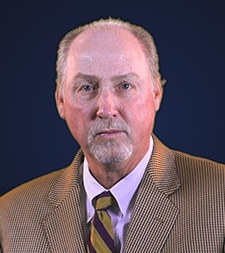 Mr. Morris is the owner of Morris Law Firm in Los Angeles, CA. Mr. Morris has worked in large firms in the past and has supervised associate attorneys and legal staff over the last 20 years. Mr. Morris has handled numerous cases involving the pharmaceutical, oil and gas refining industry as well and associated contractors, railroads, and medical providers. He routinely handles trucking accidents, mesothelioma cases, and catastrophic injury cases. He is a nationally recognized trial lawyer with numerous trials, mediations and arbitrations to his credit. Mr. Morris is board certified in personal injury trial law by the Texas Board of Legal Specialization. He is rated AV Preeminent by Martindale-Hubbell and he has been named to the Texas Super Lawyers as published by Texas Monthly Magazine from 2007 to 2012. Mr. Morris moved his practice to California in 2013.

Mr. Morris has first chair trial experience in a number of significant pharmaceutical and toxic tort cases. He is an expert in jury selection, evidence and procedure, direct and cross-examination and argument.

Mr. Morris’ most recent trial occurred in Oakland, CA in December 2014 where he represented a mesothelioma victim to a successful confidential resolution after 5 weeks of trial. Mr. Morris has tried cases in Texas, Arkansas, Tennessee, Pennsylvania, Minnesota, California and Nevada.

Scroggin v. Wyeth and Upjohn 586 F.3rd 547(8th Cir, 2009, writ denied) In March of 2008, Mr. Morris received a jury verdict of $29,870,000.00 against Wyeth and Upjohn on behalf of Donna Scroggin, a breast cancer survivor in Little Rock, Arkansas. The verdict was the first plaintiff’s verdict in MDL 1507 that oversees the Hormone Replacement Therapy Litigation in the United States Federal Court System. Mr. Morris tried the case start to finish against teams of attorneys from Williams and Connolly and Kaye Scholar. The verdict included $2.75 million in actual damages against both defendants and $19.760 million in punitive damages against Wyeth and $7.360 million in punitive damages against Upjohn. The case was appealed to the 8th circuit and U.S. Supreme Court. Both courts refused to reverse the award.

In May of 2007, Mr. Morris obtained the first verdict against Pfizer in the Hormone Replacement Therapy litigation in the Philadelphia Court of Common Pleas. (Simon v. Wyeth and Pfizer). After four weeks of trial, the Jury awarded Merle Simon $1.5 million in actual damages.

He has tried numerous cases involving personal injuries in State and Federal Courts. He participated in the discovery of the State of Texas v. The American Tobacco Industry. He has successfully handled products liability cases involving Hormone Replacement Therapy, Fen-Phen, Baycol, Ephedra, PPA, Levaquin and Propulsid. Over the years he has successfully handled a number of labor and employment matters including arbitrations, contract negotiations, and Title VII matters on behalf of employees and various labor unions.

Following the Sonnier verdict, Judge James Mehaffy summed up Mr. Morris’ talent in the courtroom in a handwritten note to Walter Umphrey, “He is cool, articulate, and very persuasive- if any one person has made the difference in this case, it’s Jim Morris.”

Mr. Morris has spoken at numerous CLE conferences on issues involving trial practice and persuasion. He has authored outlines and trial aids that are available upon request. He is a master graduate of the Rapport Leadership Institute.