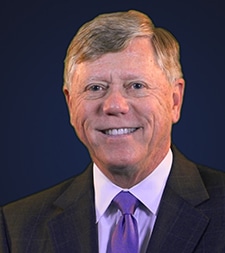 Attorney Matthew R. Willis is a native of southeast Texas and has practiced personal injury trial law in the area for most of his twenty-nine plus year career. He is Board Certified in Personal Injury Trial Law by the Texas Board of Legal Specialization. Of the 98,000 plus attorneys licensed in Texas, less than 2% carry such a distinction. Mr. Willis has dedicated his legal career to helping those that have been wronged. He has handled civil litigation matters in State and Federal courts in many states throughout the country. As an experienced trial attorney, Mr. Willis has successfully represented severely injured plaintiffs as well as the surviving family members of men and women that have been killed as a result of negligence or dangerous and faulty products. In addition, Mr. Willis has represented many workers and their loved ones in lawsuits against the manufacturers and supplies of cancer causing chemicals such as benzene.Mr. Willis is a graduate of the University of Texas in Austin where he obtained his Bachelors of Arts in Political Science. He then attended South Texas College of Law in Houston and earned his Juris Doctorate.

Mr. Willis is licensed to practice in all Texas courts, as well as the U.S District Courts of the Southern, Eastern and Western Districts of Texas.

Recently, Mr. Willis successfully represented the family of an 83 year old woman that was killed in a Wal-Mart parking lot when a pickup truck ran over her while she was riding in an Amigo motorized shopping cart. Two weeks prior to trial, Mr. Willis obtained a substantial confidential financial settlement with the truck driver, Wal-Mart and Amigo.

Average Settlement for a Car Accident in Beaumont

If you have been injured in a car accident, you’re probably wondering what kind of settlement you’re entitled to. Ideally, the insurance company will take care of your injuries and medical bills. However, there’s never a guarantee that the insurance will pay your claim. They may deny it for some reason. If this happens, it’s…

Personal Injury Attorney: How Much Does One Cost?

One of the reasons a lot of people hold off on hiring a Beaumont personal injury attorney is because they’re afraid it’s expensive. After going through an accident, the last thing anybody wants to do is pay thousands of dollars to hire an attorney. The truth is, it doesn’t cost you anything to hire one…

Car Accident Responsibilities: What Should You Do Right After?

Most people who are in a car accident don’t know exactly what to do in the moments after the crash. It makes sense to call 911 but sometimes the other driver convinces them not to. Or they may think the accident was so minor that it doesn’t make sense to call the police. The truth…