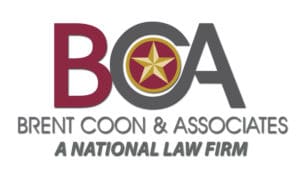 The case involved a leaking diesel fuel filter on a squeezer machine that caused Mr. Jordan to develop Reactive Airways Dysfunction Syndrome (RADS) which led to his current symptoms and disability.  Founding member of BCA, Brent Coon, is designated counsel to Mr. Jordan’s union, the Brotherhood of Maintenance of Way Employes Division (BMWED), Western Division, of the International Brotherhood of Teamsters. “We have over 30 years of experience in not only representing injured railroad workers in traditional personal injury claims, but being able to provide the additional skill sets to prove cases involving occupational exposure to a wide variety of carcinogens and toxic agents.  Proving occupational exposure as the cause of a disease or health condition is always challenging and beyond the experience of most lawyers.  We have developed decades of contacts with experts in occupational medicine, toxicology, epidemiology and other fields that helps us connect the dots in this difficult and challenging area of the law,” says founder Brent Coon.

Mr. Morris was quoted after the trial: “This was a difficult case involving medical issues that required attention and focus on the part of the jury.  They did a great job of evaluating the evidence and fully considering Mr. Jordan’s injuries.  We had world class testimony from excellent experts to help prove that Mr. Jordan’s medical problems were due to issues associated to his work environment, in spite of Union Pacific’s denials.  We are satisfied with the verdict and grateful for the assistance it provides to Mr. Jordan and his family.”  The case was defended by Berkes, Crane, Robinson and Seal of Los Angeles.

BCA is a public policy firm and has worked with numerous state and federal investigative agencies, including the Department of Justice, multiple state Attorneys General, the United States Chemical and Hazards Investigation Board.  BCA serves as institutional or advisory counsel to numerous agencies and organizations, including the United Steelworkers, pilot unions, railroad and other transportation unions. Their work in this arena has led to widespread improvements in the safety and working conditions of industries throughout America and abroad.